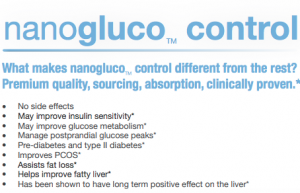 South Hackensack, November 14, 2013 –After several years of intensive work, Naturex has developed a patented and scientifically proven ingredient that answers the need of more than 79 million Americans for controlling their blood sugar.

Type 2 diabetes affects over 25.8 million Americans and over 366 million people worldwide, and is predicted to be the 7th leading cause of death in the world by 2030. Maintaining healthy blood sugar levels and avoiding excess sugar are two of the key pillars in preventing type 2 diabetes.

To help manage post-prandial glucose peaks in healthy people, Naturex is the first to offer Glucevia™, a natural extract of Fraxinus excelsior derived from seeds/fruits. “Common ash (Fraxinus excelsior) has long been used by Mediterranean populations for its hypoglycemic effect, but until now few scientific studies had been conducted,” explained Elizabeth Bui, business unit director for Nutrition & Health. “Naturex was able to demonstrate the efficacy and safety of this unique extract on blood sugar control via in vitro, in vivo and 3 clinical studies,” she added.

Clinically Proven* with Nuzhenide and GI3

Thanks to a proprietary extraction, Naturex has developed a patented extract standardized to 10% Nuzhenide and GI3. This extract was tested in several clinical studies targeted at different populations. The latest one was a randomized, double-blind, placebo-controlled, cross-over clinical study in which overweight and mature volunteers received 1,000mg of Glucevia™ per day for 3 weeks. The results showed that post-prandial glycemia expressed as Area Under the Curve (AUC) was significantly reduced by 28.2% versus baseline.

Works With Both Complex and Simple Sugars

Glucevia™ is able to work on all types of sugars both complex and simple. This is in contrast with other products available on the market. “We think Glucevia™ acts directly on the liver, helping it to stay healthy and better perform its daily functions,” said Bui. The liver plays a key role in glucose homeostasis and maintaining its health status is part of a strategy